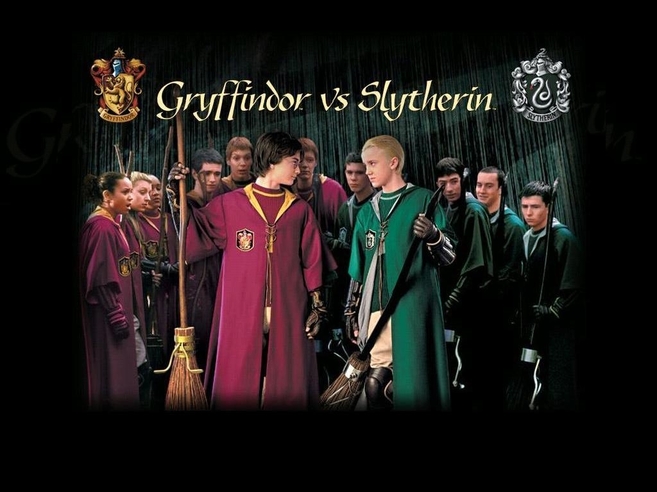 Materials Needed: One foam soccer ball (quaffle); 4 to 8 solid-color foam balls, each about 8 inches in diameter (bludgers); 1 small super-bouncy ball (snitch); and 6 hula hoops (goals). The hoops need to hang about 6 feet off the ground from a soccer net crossbar, tree branch, or something similar (three at each end). Each team should wear same-color shirts.

Rules to Begin the Game: 8 to 10 players per team are assigned positions. If more kids want to join in the fun, additional players can easily be added. Here's what the positions do:


Game Play: The game begins with a chaser from each team standing in the center with the other teammates positioned around them (much like a basketball game tip-off). The beaters stand back some, protecting their goals. The quaffle is tossed into the air by the referee (that's you) and the center chasers try to tip the ball to another chaser on their team. Seekers and beaters don't touch the quaffle.

Once the quaffle is caught by a chaser, she runs with it toward the three hula hoop goals. If she throws the quaffle through one of the opposing team's hoops, she earns 10 points for the team. Meanwhile, beaters are playing defense, attempting to stop the chasers from advancing or scoring by throwing the soft foam bludgers at them.

Once tagged with the bludger, the chaser must stop moving and try to pass the quaffle to another chaser on the same team (once she makes the pass, she can move again). If the quaffle is dropped or intercepted by a chaser on the opposing team, that team takes possession. When a goal is scored, players return to the center for a new tip-off.

At some point in the game, the referee will release the snitch. As the only players who can touch the snitch, this is where the seekers come into play. Just like in the movie, the snitch needs to move as much as possible, which is why a super-bouncy ball is needed.

If the snitch stops rolling or bouncing without being picked up, it goes back to the referee to be released again later in the game. The first seeker to catch the snitch scores 150 points for his team, the game immediately ends, and the points are tallied to determine a winner. Usually, but not always, it's the team that earned an extra 150 points by catching the snitch.

Using the materials of your choice, construct your own
version of the Hogwarts changing staircases!

Using the graham crackers, wafer cookies, and icing, create a
3-D staircase with 5 levels of stairs.

3) Create the Chamber of Secrets

Similar to Gringotts, but made for walking instead of mine cars, create your
own Chamber of Secrets using the materials of your choice!

FIRST YEARS SHOULD FOLLOW INSTRUCTIONS ON THIS PAGE IN ORDER TO BE PROPERLY SORTED INTO YOUR HOUSES & PREPARED TO BEGIN.

Complete the questionnaire below to confirm your admission to Hogwarts Academy.

Watch the scene from Olivander's Shoppe & learn more about the legend & lore of wand-making and choosing.

Click the image below to learn about the meaning of different wand-making materials. Choose your materials carefully! 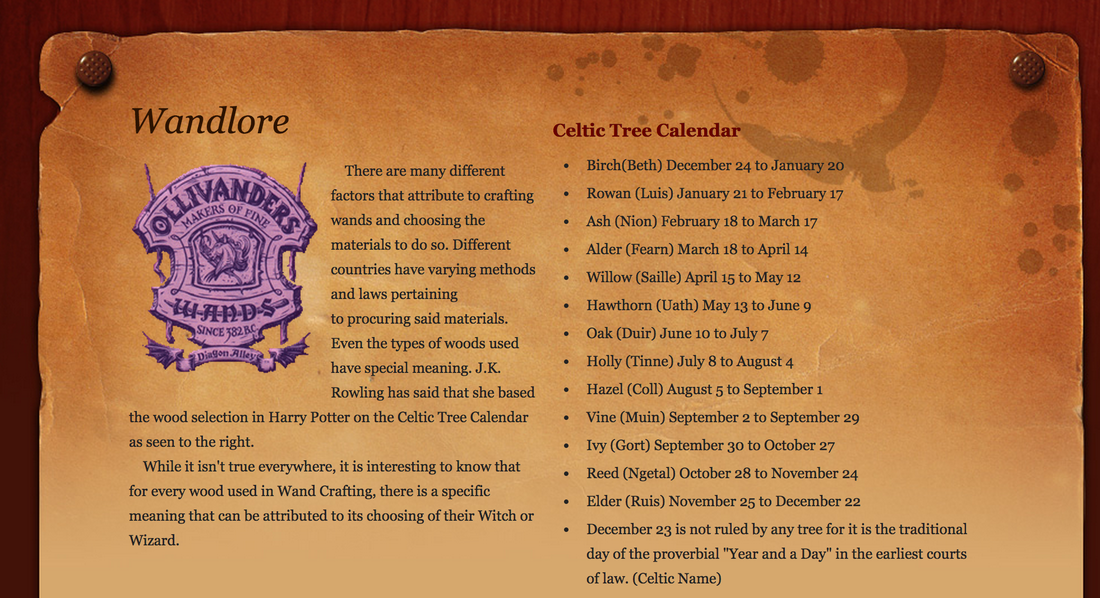 Venture Down to the Great Hall
to craft a tasty treat!